Roy Greenhalgh is Presented with Match Player of the Year Cup

As previously reported, Roy Greenhalgh is the club's Match Player of the Year for 2014-15. Roy was given the award on the basis of his 6 points from 8 matches - a 75% record. Roy is becoming legendary for his gritty (northern?) determination to eke out positive results in the face of adversity, as typified by this extract from a match report:

Under the cosh from the opening Roy Greenhalgh emerged into a virtually lost endgame. His opponent however, catastrophically misjudged the fact that Roy could stop his a-pawn from queening after an exchange of rooks and left Roy an easy win in the resulting aftermath.

Roy was unable to attend the AGM when the trophies were presented, but today Cliff was able to present him with his trophy. Roy, many congratulations, and thank you for this contribution to the club's success in the Torbay League in 2014-15. 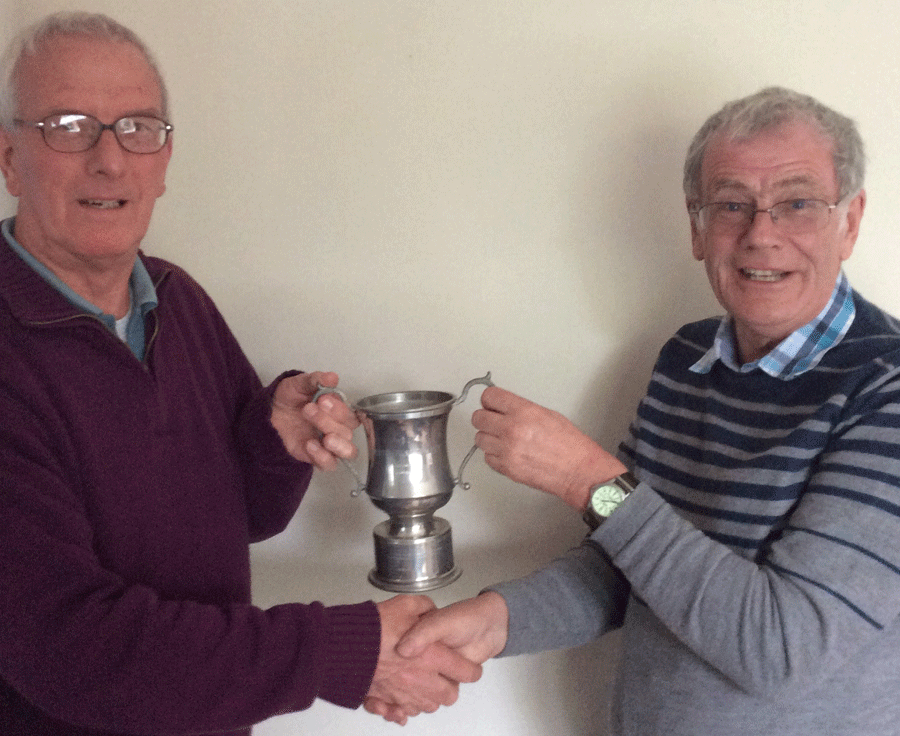