On 11th June, The Annual General Meeting of the Torbay Chess League for 2014-15 was held at the South Hams Club venue.

Concluding another successful season for the Torbay League, trophies were presented as follows. 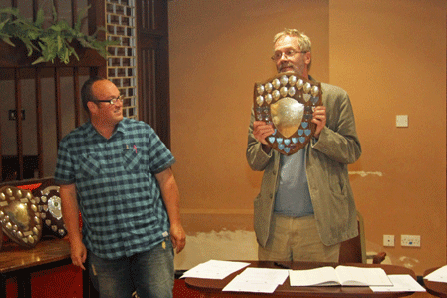 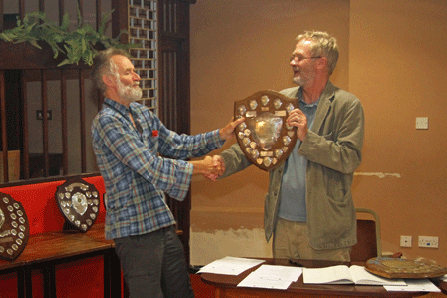 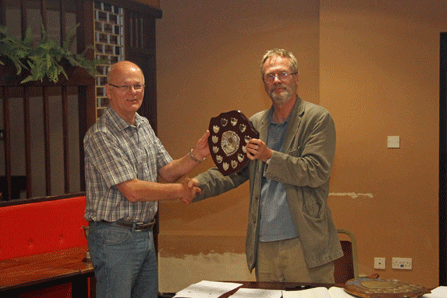 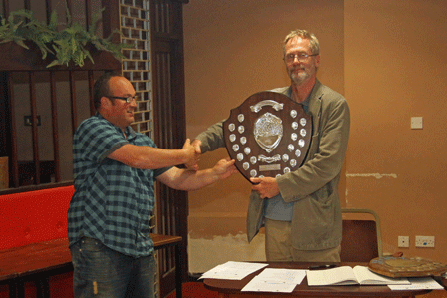 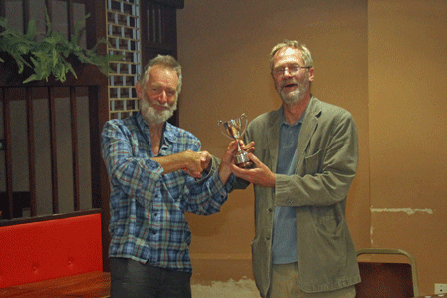 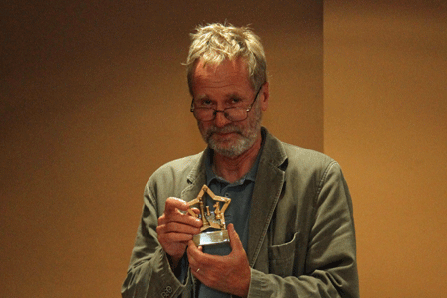 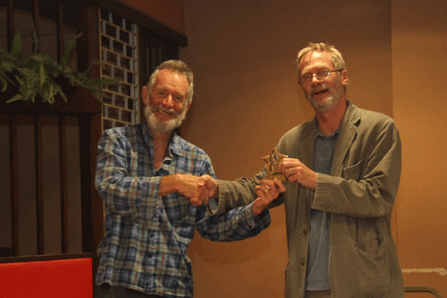 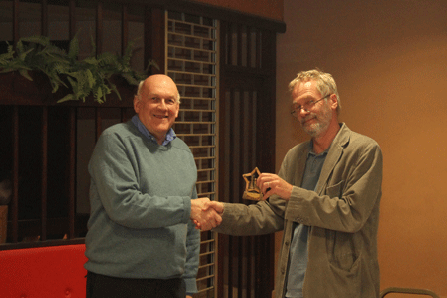 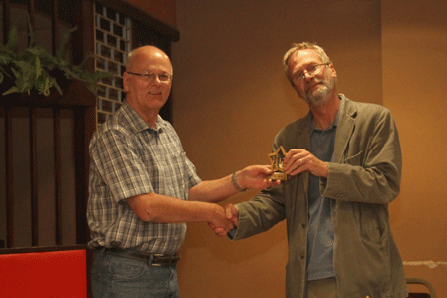 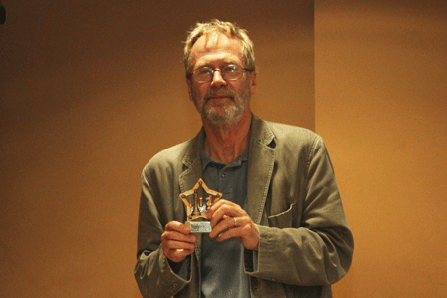 Photographs of the presentations of the trophies are on the right. Hover your mouse pointer over one of the photos to see an enlargement of that photo. 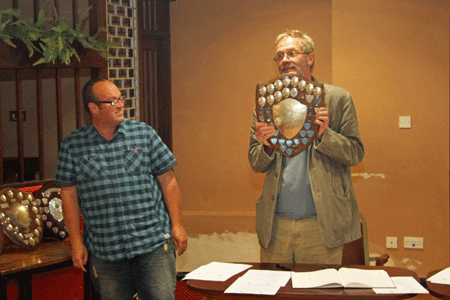 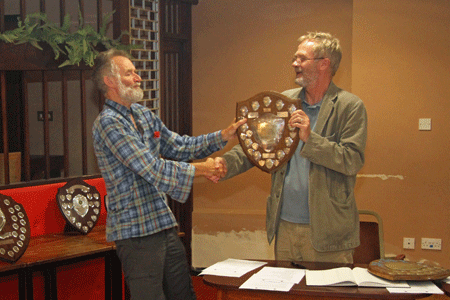 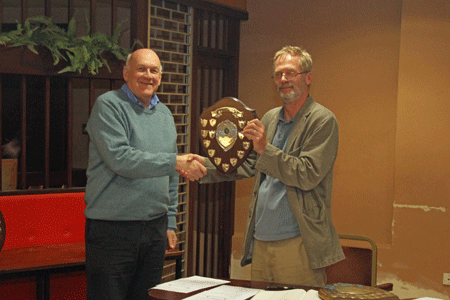 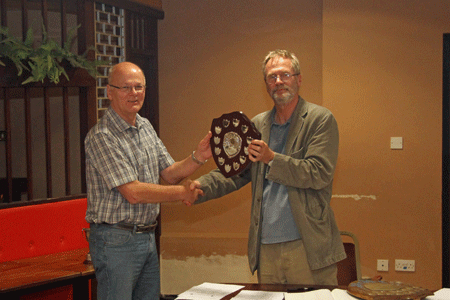 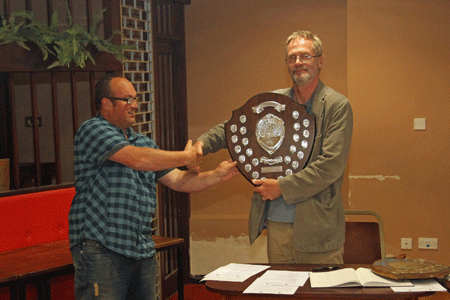 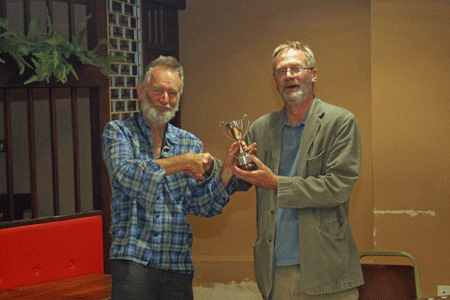 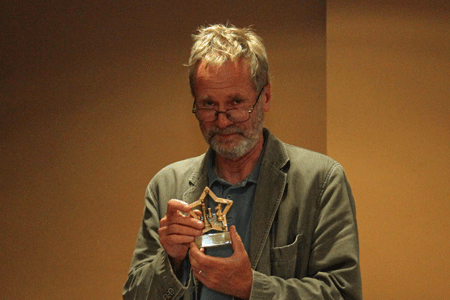 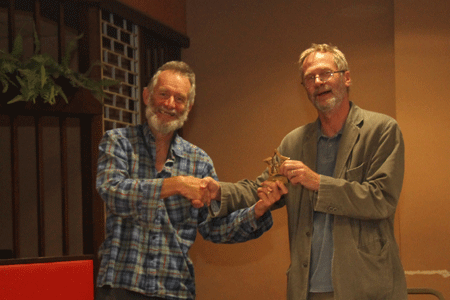 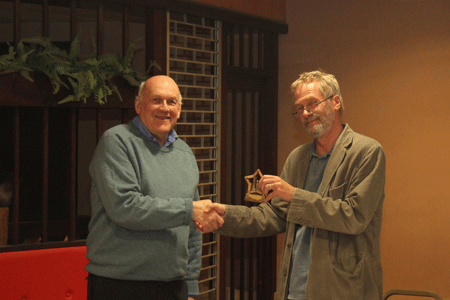 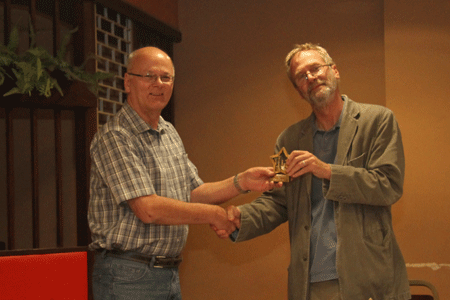 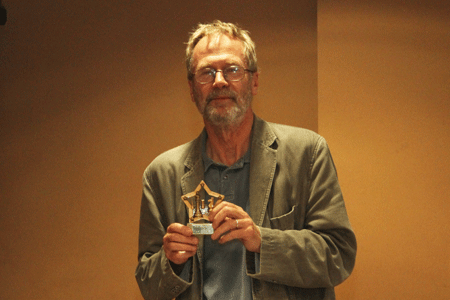