The Plymouth and South Hams Clubs combined to represent West Devon on Sunday 17th January 2016 in the Devon Inter-Area Jamboree at the Royal Beacon Hotel in Exmouth. Four South Hams club members were in the team - Ben Wilkinson (the West Devon team captain), Stephen Levy, David Archer and Phil McConnell. Unfortuanately North Devon did not enter this year and so it was a three horse race.

West Devon retained the trophy with 8 points out of a possible 12 - a very solid performance. 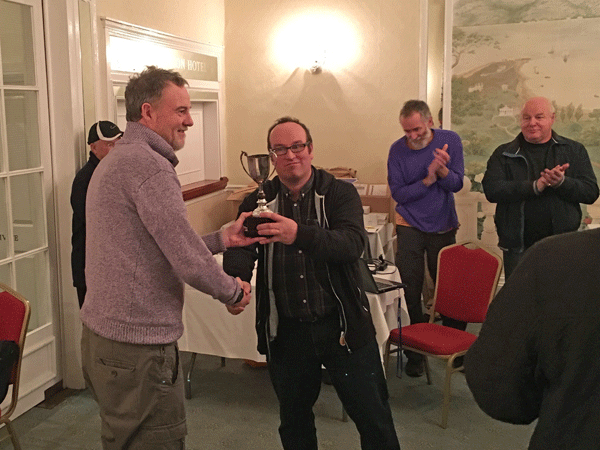 The full board results are set out below.

Some of the games played by the South Hams players can be viewed on the database of club games.

Many thanks to Tony Tatam of the Plymouth Club, for providing us with the results. As Tony has pointed out, of the 18 boards there were only 3 black wins, and these were all by the victorious West team.