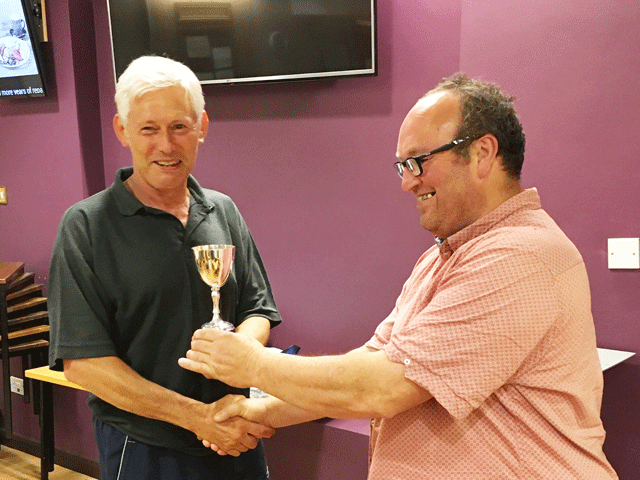 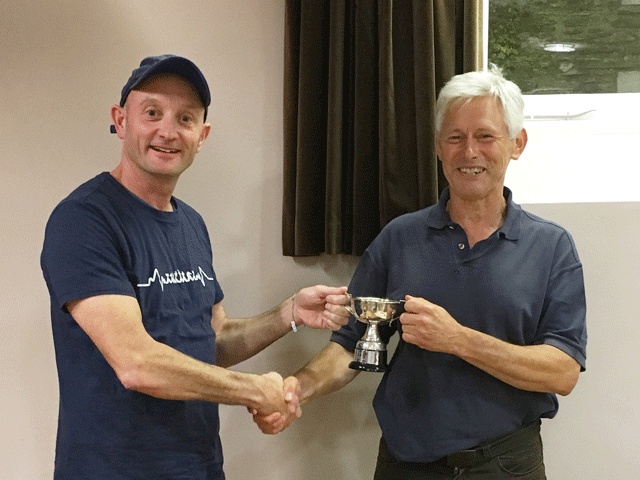 Another very enjoyable season comes to an end.

Many congratulations to Steve Levy, who is the winner of the Homan League and is therefore our Club Champion once again. The 2nd and 3rd places were taken by David Archer and James Schofield.

The second half of the season in the Dunleavy League was a closely-fought contest, with Chris Willcox eventually finishing half a point ahead of Trevor Hurt.

The M. Wray Shield was won by Alan Davies, who finished with 3.5 points from 4 games.

In the Torbay Chess League, South Hams competed in all five competitions, finishing second in the premier Division and winning the Division 3 title for the 5th successive year. Click on a competiton name in the table for full details.

The South Hams Match Player of the Year award went to James Schofield, who scored 6.5/9 in the Torbay Leagues.

As usual, during the summer the club will remain open - this year Cliff is organising a summer "40/40" competition (two games in an evening against the same opponent, with 40 minutes on the clocks). There will again be a couple of summer outdoor events in Dartmouth.

We are looking forward to the new format of the interanal leagues next season.